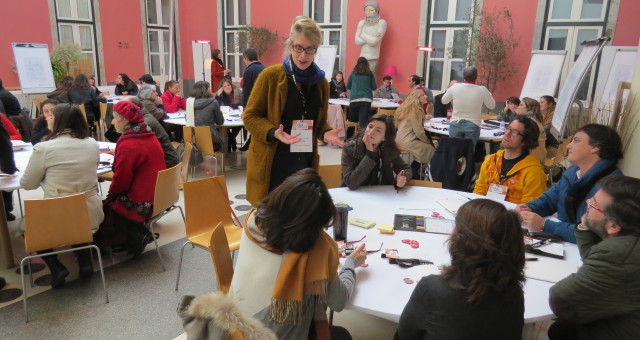 Factor-I presented the co-creation of Brainport Eindhoven with design by all, taking the #PROUD_Europe activities as well as Dutch Design Week as a source of inspiration for the 150 participants of the kick off conference. As it appeared to me Cascais is a wonderful place to talk about co-designing your living environment and your lifestyle. The motto of the #Cascais is ‘enlightened by people’. And it is not just in the saying but especially in the doing: Cascais empowers its people!
The Cria Cascais events created by D-Think, Rique Nitzsche and Andre Bello, helped the city of Cascais to have a deep  conversation and active creation with citizens, representatives of businesses and NGO’s and such during a three day Creathon, that will be followed up with next step events. D-think = design thinking brings power to the people.
Looking forward to publishing the results.

Break-in the food system by AgriMeetsDesign #2

Formula for failure or success?